Faces of Fame – an ode to John Wilson St 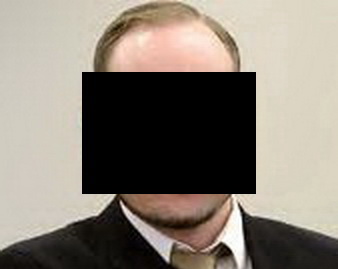 A face stares out from my PC screen: a suited-up man about 30yrs old, the boyish face round, the hairline receding. I see a clean face, but for the sparing outline of a beard.  I see a thin mouth, the eyes narrowed and slightly turned, the face of a man who killed eight people by wrecking an Oslo building with a fertiliser bomb; before systematically hunting down and killing another 69 at a summer youth camp. His beaming face is here, there and everywhere, the trial lengthy.

I’m tired of the casual disregard for life.

Two young brothers explode pipe bombs among a crowd of onlookers at the finish line of the Boston Marathon, killing three people and wounding over 260. The younger of the two is captured and arrested, a handsome kid of barely 20yrs old and hardly shaving. The pale face has strong eyebrows and large brown eyes staring dreamily at the camera. There’s a Beatlish mop of brown hair and the slightest of self-conscious smiles.

I’m tired of the perversion of innocence.

This morning the newspaper lay silent on the kitchen table, the front page picture screaming out a message. Two young men, run down, stab and hack to death a solitary off-duty soldier on a busy London street; the picture of a wild face shouting out from beneath a woollen beanie, eyes and mouth wide open.

I’m tired of wars, the radicals, the crazed and the losers, the street theatre and circus; I’m tired of the macabre parade, the narcissistic, publicity-hunting of nobodies.

I’m tired of the faces, the falsified fame.

*** Opening image based on `Anders Behring Breivik’ from theSun.com.uk ***