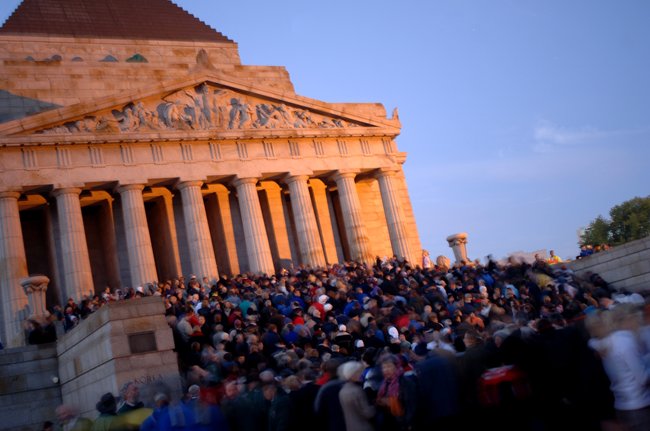 I met Becky in the supermarket dairy aisle; a vivacious 40-something, born and raised locally. I’d seen her around, but we’d never met before Ed reappeared. I asked how my old friend was. “Not so good,” she said. “Still can’t sleep. And he really struggles with ANZAC Day. He won’t see a doctor. I’m hoping he’ll finally talk to other Vets.” Becky stared blankly at the shelves of milk. “What else can I do? I love that man.” A self-conscious smile and she turns away. I head home thinking of Ed and the upcoming old-soldier reunions across Australia and New Zealand.

Ed’s an old school friend, us both from the other side of town. With the coming of conscription, I missed `The Draft’ by one day, gravitating toward anti-war rallies and well-stacked, skinny girls in tight jeans and tees. Ed had wandered up north, picking fruit at first, then somehow ended up in Sydney. Next thing I heard, he’d joined the army and gone to Viet Nam. Becky is Ed’s wife number three; of four years now.

That night I readied my clothes for an early morning start, Ed having asked me to join him for the annual ANZAC Dawn Remembrance Service at the Melbourne Shrine. I settle at the computer, and with the bills paid, surf the web searching the ANZAC legend.

In 1914 the Australian Commonwealth had existed for only thirteen years, the Prime Minister declaring “If the Old Country is at war, so are we”, and the opposition pledging Britain “our last man and our last shilling”. Turkey joins Germany, and the Russians convince the Allies to tackle the Turks. British commanders conclude Gallipoli to be “open to landing on very easy terms” and at 2.30am 25th April 1915, the Anzacs land on the Gallipoli shore; some as young as fourteen years old. The Turks are ready; the Anzacs cut to pieces, and by 2pm the plan has failed, resulting in a terrible stalemate for over eight months, the British finally ordering an evacuation.

There’s an old photograph and I rub my eyes. The picture’s faded black and white, a hairline tear running from top to bottom. There’s a young man on the right, his unlined face in soft profile, WW1 heavy jacket and boots, buttoned down collar and pockets. He’s sitting stiffly, slightly side on. A medal hangs from his neck and he holds it loosely in one hand; the other arm around a young lad to the left, sitting on table. The uniformed boy is a soldier miniature of his father, his legs hanging casually against his father’s knee. Both faces are close; the boy engrossed and gazing down at his father’s medal. The father’s eyes are covered with black eye patches. I wonder what he’s saying, this casualty of Gallipoli.

In bed I’ve lain awake forever, pondering the morning’s city Dawn Service and a 1915 vision of trapped and exhausted young men; the tricks played on soldiers’ tired eyes in the half-light of dawn, the shadows, the fear, the death and maiming. Eventually I fall into fitful sleep, my mind awash with diary entries of a ludicrous miscalculated landing and the slaughter of Gallipoli.

The light is dull, the landscape a blur: steep and rocky with thorny scrub. Weary soldiers wait for rollcall, name after name greeted by silence. There are quiet onlookers; once comrades, some dead for days. One’s been shot while cooking dinner and falling by the charred remains of his fire. His mug’s full of tea that’s cold, his biscuits untouched. There’s more by the water hole; snipers again. Washing is dangerous, dysentery rife, the stench appalling.

At 7am the call goes out. Waves of young men – grim, ashen-faced, but fine and straight – trudging up the gully towards the ridge, then dropping to a crawl. Shells burst among the incessant roar and the chatter of machine guns. There’s shrieking shrapnel, the ear-splitting crack of rifles, the sparks of striking bullets, the screams of the wounded; the desperate shouts for stretchers amidst a Hell of writhing, mangled men.

The same return in pieces, ghosts drifting among mangled heaps of muddy wreckage, gullies choked with blood, some are lost, crawling shattered things; others lay still, frozen in grotesque and impossible shapes. One mad ragged creature is smothered with blood; wildly careening down from a murderous smoking ridge. He rushes and kisses all he passes, leaving a splash of blood on each.

With the Dawn Service over, I sit with Ed outside a pub. There’s beer on a round table cluttered with empties. Ed smokes like a train.  I comment on the day, the first I’ve attended. “Mine too,” says Ed, and our eyes meet. I’m struggling to keep conversation – Ed’s brow furrowed – and I question the `celebration’ of such an obvious defeat as Gallipoli. Ed explodes, spitting out a mouthful of beer. “What the fuck does it matter whether we won or lost?” I’m shocked, suddenly aware of my mouth still-open. But it’s the furious look on Ed’s face quickly changing to bewilderment that scares me. He swallows. “Ahem, sorry mate. I mean…” His words trail off to nothing as he looks away. “Yeah, sorry; never could face these things and wouldn’t be here if it wasn’t for Becky.” He fidgets with the plastic on another pack of smokes.

We sit in silence as a taxi pulls up at the kerb, a young passenger in uniform fumbling with his hat. He throws open the taxi door and a snippet of loud music spills out to where we sit. Ed’s face again darkens. The passenger jumps out, dons his hat and stands to attention. He tugs at his brown belt, straightens his jacket and marches past to push through the pub’s swinging door.

I know the song well, but just can’t place it. Ed looks uncomfortable, sits upright and shoves his chair out from the table, his beer spilling everywhere. “Ah sorry mate”, he mumbles, “always hated that bloody song.” He’s unsteady and wide eyed as he stands, clearing his throat and wiping his mouth before lurching forward and stumbling off. I grab his jacket from the ground and call out, but he’s halfway up the hill.

I finally catch Ed striding out, his eyes downcast. I fall into step with the song circling in my brain. I hear the tune; the chorus coming to me in a flash. Mmmm… yes, I understand. Would there be a single Australian who wouldn’t know that song? 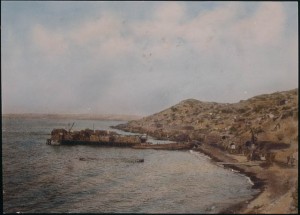 *** Opening image of `The Melbourne Shrine of Remembrance’ from shrine.org.au ***