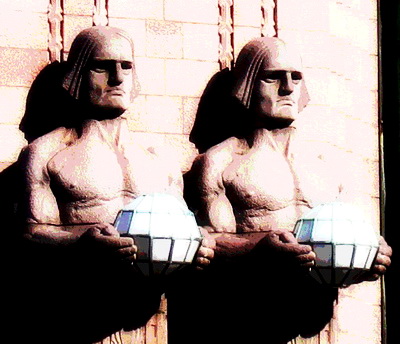 Outside the station I squint in late summer sun, a grand entrance clad in grey Finnish granite and guarded by lamp-holding titans: stern-faced stone men far too serious to be the animated rap stars of railway advertising campaigns. At their feet, there’s a kid busker with peaked cap and grandmother’s clarinet.

With a population of 5-million, I’m in an often forgotten land of modern innovation, Nokia and the birthplace of the mobile phone. Welcome to Helsinki, late 2012: home to global business powerhouses Kone, Iitala, Marimekko and Fiskars, and this year’s World Design Capital.

After dinner I relax at the hotel, the talkative barman curious. “You are visiting Arabia?” He talks up the merits of good design and working hard. I see the irony of a small country, successful in a competitive world; where kids start compulsory education a year later than most in the Western world and are not academically measured for the first 6yrs of schooling.

When offering some credit to the government, I’m greeted with a narrow-lipped smile and reminded where I am. “You are at this moment in Finland, and the power here, it is in the will of ordinary people.” I’m suitably rebuked. “Government should not be relied upon for such innovation.” He pours me another beer. “For example, here it is our Society for Crafts and Design that is founded way back in 1875… by ordinary people.”

In the cool of morning I wrap a scarf around my neck, passing  joggers and cafes loaded with coffee-drinking, sociable, sun-loving Finns, and busy, pale-skinned girls in sensible shoes. I step aside as a cyclist in civvies and no helmet explodes from a crooked cobblestone laneway. Others weave between cars, buses, and concertina trams; the green and gold reminiscent of my Melbourne home. I’ve been told to take the No8 from Apollonkatu across city, and then north to meet Clarisse at Arabia.

The tram hums, steel wheels on shining rails, the carriage empty but for two gangly teenagers up front, each absorbed with mobile phones, blue jean legs splayed across the aisle; backpacks piled on seats of the plushest red. Avenues are wide, the traffic and people thinning. There’s a roundabout, a rocky knoll of a park, patchy grass and chipbark, trees exploding green.

It’s 20min before I get there – where Helsinki was founded in 1550 – the tram in an arc, grinding to a stop on a grand stone plaza.

At a set of glass doors I turn and look past the tram, across the plaza to wide concrete steps rising to a paved patio over a hidden underground carpark. I’m standing in the shadow of a tall rectangular glass building; an adjacent brick tower with large letters rising vertically upwards: `ARABIA’. I’m in the right place afterall. Glass doors open behind me and I turn to meet Clarisse.

“Ah yes, of course; the name.” Clarisse chuckles. “As with most things Finnish, there is a simple answer.” She waves an arm from left to right. “This was once the site of the old industrial area, from back in 1873: the biggest ceramics factory in all of Europe.” Clarisse gazes across the plaza. The tram heads back to the city. “It was thought to be so far from the modern centre that they called it `Arabia’.”

Through the glass doors Clarisse peers about. “But now, as you see, this is a factory no longer. Today we have houses of design, the home of the famous Marimekko of course. There is a library and departments of learning: Applied Sciences, Arts, Design and Music.”

We sit at a small square table with sparing lines. Clarisse looks down at a short black espresso and tilts her head. “And yes of course, we have restaurants, and good coffee.” Students roam in loose groups, mixes of male and female. They’re talking English, one with a Rasta hat, over-sized, floppy and lopsided; another a tie-dye scarf tossed over one shoulder and almost to the ground. A girl has a laptop tucked under one arm and tugs at the sleeve of a cashmere sweater while balancing a mobile between shoulder and neck. I could be in Melbourne, London or San Francisco.

Away from the Design Houses, we walk well-tended lawns, by pocket plots of fruit and vegetables. There’s a lake, a bicycle path and a gaggle of Toulouse geese. Sculptures and murals sit on corners and walls. Clarisse looks puzzled. “Yes… but of course there is art here; a world is nothing without art. And art must be in each place of living. The developers here, they must always spend something on art pieces. And this is why we see art in the streets and the courtyards; murals on the buildings.” I’m taken aback by the scale of the project. Clarisse smiles and tosses her head. “Yes, yes; I know what you are thinking. It is all so new, a large area, and yet these days so close to the city.” I nod. “Well, yes, there have been great changes here. Before 2000, this place was better known for its homeless.”

Waiting for the tram, I’m still pondering the up-beat `Western’ manner of these Finns. Joggers in the streets? Definitely not something common over the Russian border from where I’ve just come. “You think so?” Clarisse’s face is beaming, her clearly impressed, before screwing up her eyes in concentration. “But we Finns must also live in the real world. Our winters too, are long.”

“So mostly, we cope with the short days… and the depression… it can be too much for some.” Clarisse’s chatter is matter-of-fact. “All that sparkles, it is not silver here, and you will see the weekend Tallinn ferry mostly full, with partying Finns Hell-bent on cheap alcohol and self-destruction.”

Clarisse falls quiet for a moment. “Sometimes there can be emptiness.” She shakes her head. “Hard working? Yes, I suppose it is true. But of something I am very sure: it must not be only about the work. We must allow children the time to be children; and we must surely teach all children music and art for a happy life.” 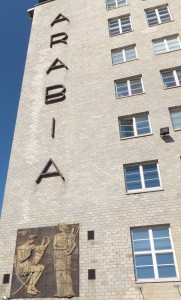