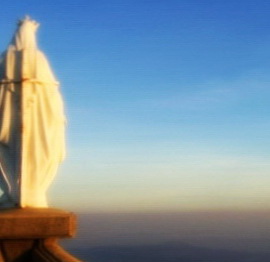 I’m sitting in Melbourne, recalling a visit to one of the world’s youngest nations – the Republic of East Timor – just 720km northwest of Darwin. My photographs show a damaged city with bullet-marked buildings; a country scarred by a month-long bout of violence murdering 2000, raping hundreds and wrecking most infrastructure. This was the spiteful aftermath of a referendum showing a clear preference of 78.5% East Timorese in favour of independence from Indonesia.

In 2005 my girlfriend and I arrive at Dili’s Hotel Turismo; a quaint piece of `Portuguese Timor’ that could be equally be at home in the old colonial Portuguese outposts of Africa or India. We are acutely aware of our country’s WW2 debt to this tiny country: 40,000-70,000 local civilians dead due to Japanese reprisals against the Timorese for having assisted Australians. Pink oleanders line the driveway, the jaunty hotel sign classic beachside art deco.

In the morning we drive south from a damaged Dili, through rambling hamlets, coffee plantations and eucalypt forests. I ponder the more recent trials of the people here: over 100,000 killed since the 1975 departure of the Portuguese and the occupation by Indonesia (from a population of only 800,000); the killing of 250 demonstrating youngsters at a Dili cemetery in 1991. Only after international pressure did Indonesia agree to the withdrawal of regular troops and the placement of a multinational stabilization force; East Timor independence finally achieved on May 20, 2002

The rugged 4Hr-70km drive gets us to Maubisse and an old hilltop fort where lawns and gardens swelter in midday heat. From the cool shade of arched Portuguese verandas we stand and gaze past struggling banana palms that sway in a hot wind, and across surrounding hills that roll and simmer.

At the village of Hato Builico we breathe in the cool evening air, our aim to climb Timor’s Mt Ramelau the next morning; the 2962m peak the highest in the old Portuguese empire, and home to the spirits of Timorese ancestors. At 3am our guide wakes us; the narrow beam of his torch cutting through the darkness and entering the door-less opening of our room. We dress in the dark, grab handfuls of muesli bars and gulp muddy mouthfuls of Timorese coffee. It’s the dry season and our guide has blankets; we’re warned the summit can freeze.

José is 18yrs old, with a firm handshake and perfect English. He talks glowingly of a plumber from Sydney, “a good man who came here to teach.” José has “many relatives” in Darwin. I see his frown in the light of my girlfriend’s torch. He worries about the future, the return of the “old men” who insist on Portuguese as the European language of choice alongside the indigenous tongue of Tetum. “What good is such a thing?” He pleads. “It is the will of these men, who have returned from exile far away; maybe Portugal or Mozambique. 40% of our population are under 15. And I too am young, speaking only Indonesian, Tetum, and English.”

Heading across the road to pick up the mountain track, we clap gloved hands together to warm them, and wrap scarves even tighter. We must rush to catch the sunrise. “Hurry, hurry,” we’re urged, José’s tone insistent. We pass the cemetery, the bulk of Catholic graves merging with darker shadows in the inky gloom. We trudge forever upwards as fast we can; our torch beams criss-crossing searchlights, the echo of our boots on gravel louder than expected.

It’s been 2Hrs and José waves us on. But I’m slowing down, listening to my laboured steamy breath as the cold pre-dawn light discloses surrounding hills of desolate rubble and half-built circular huts; wattle-daub walls and bare stick rafters reminiscent of American Indian tepees.

At the top – after 3Hrs – we are suddenly exposed to the elements. José passes out the blankets and I hunch over in the thin icy air to catch my breath. We huddle under the 3m statue of the Virgin Mary, the wind tearing at blankets beanies and scarves. My feet are cold and my nose runs like a tap.

Peering eastward, we shelter from the wind in front of Mary and wait for the glow of an early sun; the clouds streaky and low. With first light I step out to the side and turn, the gale grabbing at my blanket once more, my eyes half closed and watery. It’s a bitter wind that comes from the darkness directly to the west, from the Balibo ruins of a hilltop fort and ‘Australian Flag House’ where journalist Greg Shackleton painted the national flag on a wall in the hope of identifying his group as Australian and non-combatants, as Indonesian special forces overran the fort in 1975. All five young journalists were killed, with a subsequent US-Australian cover-up to protect a tenuous alliance.

At Hotel Turismo next morning we linger out front, gazing across to our next destination; Atauro Island. From the hotel we walk the length of the beach, amble to the ferry and chat with a group of lawyers escaping to the island for the weekend. They point to the wharf and whisper among themselves. Later they talk of Roger East; the Australian journalist investigating the Balibo killings while living at Hotel Turismo in 1975; him in turn dragged through the streets to the wharf, his hands bound with wire, kicked and prodded with bayonets; his body somewhere among the many others washed up on Dili beach.

Today I browse the web in search of the Hotel Turismo. But all I find is a photograph of a boarded-up, desolate looking street frontage, the giant display on a hoarding heralding the progress of the new East Timor: the demolition of the much-loved 1967 Hotel Turismo and its replacement with a modern 9-storey apartment block.

I recall our last evening at Hotel Turismo: looking out from those quaint Portuguese arches while lounging in aging wicker chairs. I remember drinking beer and Trincadiera while shadows wander the `Casablanca’ beer garden; the phantoms of diplomats, revolutionaries, reporters and spies. A tropical breeze carries the past clinks of beer bottles and the excited whispers of young Australian TV journalists in their 20s. I recall rubbing my hand on the rough walls; the very corridors and rooms that witnessed the filing of reports on the Balibo murders of these five young men. 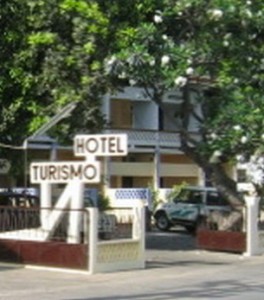