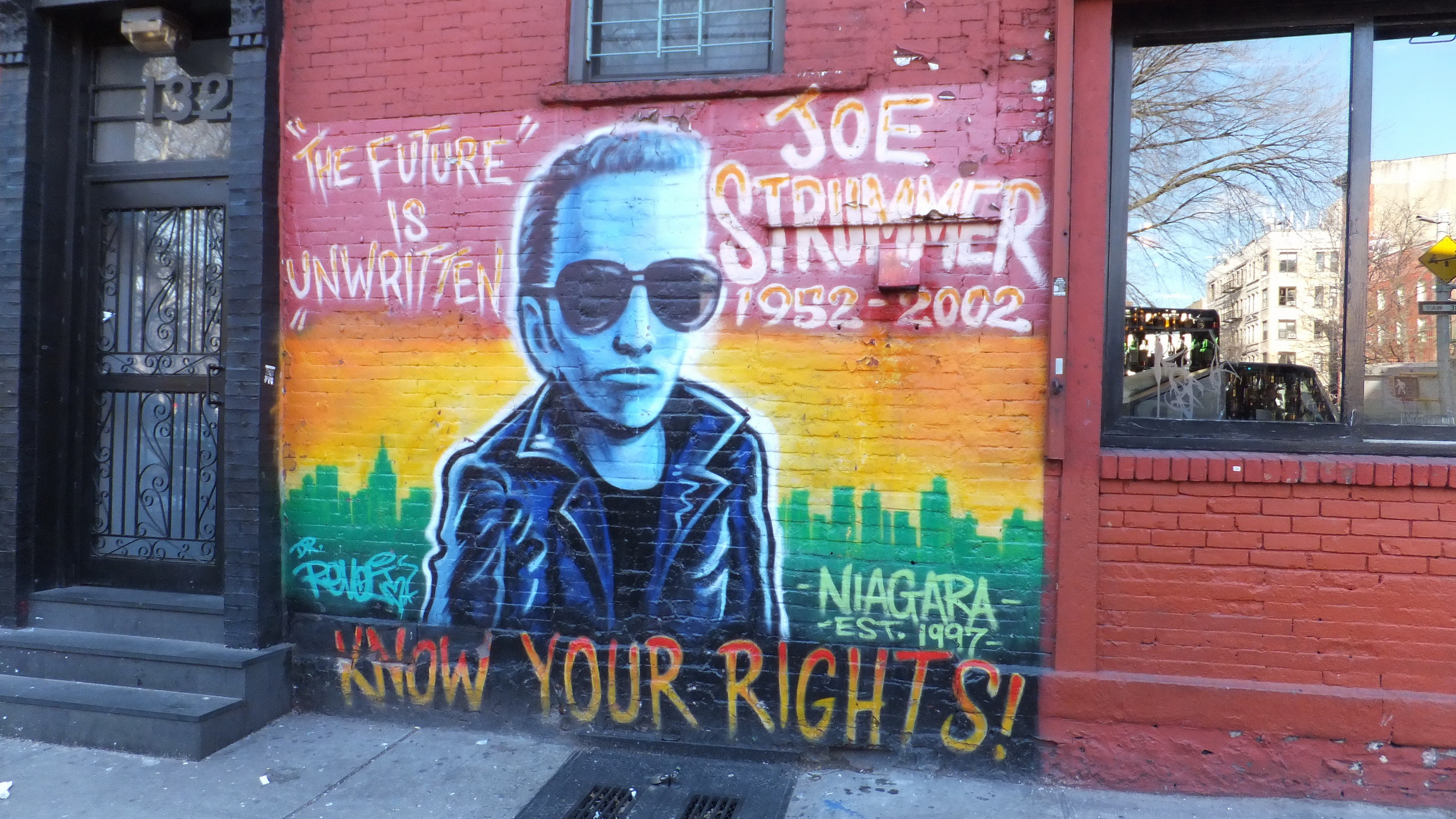 It’s New Year’s Day, and Joe Strummer – poet of the streets – looks down from a giant mural facing Tompkins Park.  From here I walk west with my girlfriend towards St Marks church-in-the-Bowery, past webs of winding fire escapes; hands deep in our pockets, wrapped scarves covering chilled cheeks and chins.

Tribal drums sound from subway stairs – reminiscent of Sudan, Nigeria or maybe Marrakesh. Steam rises from underground labyrinths through metal manhole covers in the middle of the road.

Finally the shape of the church looms between boughs of bare winter trees, small burial ground to one side – mounds and tacit tottering headstones – the traffic-laden Bowery on the other; a simple Romanesque forum of a place, gable front facade atop high colonnades.

We’re at the 39th Marathon Benefit Reading, an annual celebration of the spoken word. Today’s programme has almost 200 names of poets, writers, performers and musicians. There are those I know of, including Lee Ranaldo and Suzanne Vega; and those I now know. Out back there’s pizza, beer, wine and conversation; sure-fire poet fodder.

In the main we’re an older crowd, arriving in dribs and drabs, small groups gathering at the door. Inside is a large rectangular hall, steps rising to a low carpeted stage and central wooden podium. The steps extend down both sides to the back, the ceiling a high arched space; columned portico balcony both sides and rear. Two rows of south-facing stained glass soak up the last of the winter sun – unspoken glowing stories in blues and reds – traditional themes below and abstract above; a melding of the old and new.

We sit at the back, looking across a sea of heads; an eclectic crowd on rows of seats and raised and carpeted sidewall steps. There’re mops of wild hair – much of it grey – beards, bald pates and pony tails; and there’s a menagerie of New York winter headwear; Baltic sailors’ caps, berets, Tam O’Shanters, Inca tea cosies, beanies and peaked. A sound man wears a bear-head hat.

But the young are here too. At the podium a poet holds her little daughter’s hand, the toddler staring distractedly into the crowd while her mother reads, causing smiles and snickers and stealing the show. A young girl sits close by – maybe 17 – chin sitting on the thick roll of a woollen sweater, legs in tight blue denim; rolling a biro in her fingers in between scribbles on a small notepad. A guy in his 20s fiddles with the sleeve of his Afghan coat and chews on his lip as he takes notes on his iPhone.

One poet heads up the steps with something akin to a skip and an excited  jump, arriving with a mischievous cackle at the podium. Born with cerebral palsy, Jennifer Bartlett is a self-described `boring white girl’. She strikes me as a driven woman with a cheeky bent, writing on the human condition; how people do and don’t fit together. Her eyes are bright as she offers a question. “Is it true the crippled are closer to enlightenment?”

Patti Smith appears; an unscheduled visitor prevented from travelling due to some passport issue. “Where better to spend a New Year’s Day?” she asks. “I’m hoping for a better 2013 though. It’s been tough this year, with the fury of Mother Nature – God Bless her – and more recently Human nature.” There’s a collective sigh at her reference to the floods and the recent Connecticut shooting.

Steve Earle talks of the spirit within these walls, honoured to be `breathing the same hallowed air’ as `real poets’, present and past. I look around me and see the blurred faces of the 40s and 50s – the Beat poets of that time – Burroughs, Cassady, Corso, Ferlinghetti and Ginsberg; Johnson, Kerouac, Kyger and Snyder. I feel the need for change, the humour, mirth, the tragedy and pathos; the beat of this village they call New York. 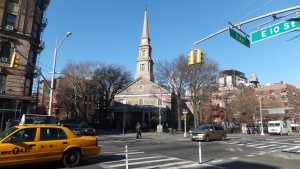