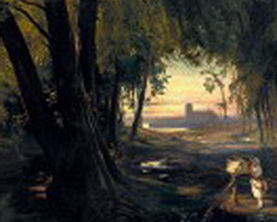 From Berlin I’ve flown to Paris late winter, driving north for two hours and overnighting in the hamlet of Behen, a classic French Chateau with stately entry paved for WW2 German tanks, towers and walls from 15th and 18th centuries, the stables once bombed by American war planes.

Graceful shapes glide on a Monet pond; a pair of swans not white, but black: Australian and a long way from home. I’m told the first were white, until one choked on the bread of well-meaning guests, the second dying of loneliness.

Next morning I wander the fog-laden legacies of a world at war: one war drifting into another – now WW1 criss-crossed trenches 2m deep – rolling fields of white headstones, the dead of America and from across the British Empire. A statue atop a rocky knoll is a caribou mother crying for a missing calf: testament to the fallen of the once-country-colony of Newfoundland.

I stop in a village for lunch, hazy streets deserted but for me and one other. I nod a greeting as I pass, and he stops. A great army coat hangs on a rakish frame; back bent, baguette tucked under one arm.

His head turns stiffly, grey eyes empty, then suddenly wide, peering at my pack slung over one shoulder. The question is in French. He points to my forgotten German airline tag and I shake my head, apologetic as always. “No matter,” he answers in perfect English.

There’s a forced smile, he hesitates, then asks of Berlin. He’s never been, “and now it is too late” he says. I answer it’s quite a city, the chequered history, the architecture, the people friendly.

There’s a light of recognition in his eyes. “Ah, your accent… you are Australian, and are here of course for the graves?” I nod, and he continues. “It was the Australians that arrived here to free us… in the first war… and we know the Australians well. Oui, there are many of your dead here.”

After the fields of graves I’ve seen, I wonder aloud at the number of German dead. There’s an audible pause. Henri’s surprised at my question. “Oui, but of course… many… all so young.” He takes a deep breath and looks away.

Henri was once a language teacher – both German and English – now doting on his old dog and beloved horses. He lives on the edge of town, not five minutes walk from here. It’s another ten to his horses.

“You Australians, you like your coffee, oui?” I’m uncomfortable at imposing, but Henri’s insistent: he’d enjoy the company and tugs at my jacket sleeve. “And I of course may practice my English, oui?”

His house is small, the old family farm now too big and empty. The curtains are heavy, the room dark and musty. He has his dog, and his younger sister drops by twice a week. She worries.

Henri was 14yo in WW2, his father nursing bitter memories of another: WW1, the mustard gas, mud, blood and barbed wire: ‘The Great War’, a ‘War to end all Wars’. Henri shakes his head, unruly fringe falling over one eyebrow.

This time the Germans took the family horses: all but one, which Henri hid in the forest and somehow visited twice a day.

Later, with the war turning, there was help on the farm: a German prisoner – only 3yrs older than Henri – fair hair and freckles. The soldier spoke little French, but tried; missed his Berlin home, his mother, younger brothers and sister.

Henri smuggled fresh-baked bread, some beer when he could, the soldier talking of ‘rats the size of dogs’ on a freezing Russian front, and happier times riding on Spandau forest paths.

Only once did Henri ask about the killing, recalling the German wiping his eyes on a frayed army sleeve.

Henri coughs. With the end WW2, there was so much hate. He lowers his eyes, shrugs and shifts in his seat. His sister told him of their father shouting, and of a fearful mother. There was a string of letters with not one reaching Henri; the German’s letters burnt rather than passed on to a damaged father’s only son.

The mother dies, but life goes on: the farm, what’s left of the family, and Henri’s horses.

Years later the father dies too, Henri’s sister collecting her father’s things and finding one last letter in the bottom of their father’s grand mahogany desk: a letter addressed to her brother; a lone letter somehow spared and forgotten for over 10yrs. His sister called Henri in from the horses.

I look across the table; a blue and white porcelain sugar bowl in the centre, the cloth of yellowing French lace. There’s the baguette and strawberry jam, an empty brandy bottle on a sideboard, with a single glass.

Henri coughs again, and falls silent, leans towards the sideboard, pulls something from a camphor-wood box, folded paper smudged and faded. He grasps the letter in wrinkled hand, reaches for wire-rimmed glasses that stay in his cardigan pocket, his eyes again the vaguest grey. He recalls that day so clearly, his sister leaving him alone in his father’s study.

I see him looking nervously about. He’s feeling guilty, having never sat in his father’s chair. He opens the letter in one hand while fumbling with his father’s Meerschaum in the other; the smell of his father’s tobacco so strong that Henri drops the pipe, grey eyes drawn to the paper in his hand. The letter is creased and crumpled, the words in broken French, uncertain and clutching at straws.

I fiddle with my coffee cup and look across the table at Henri, now mid-80s and until recently, riding his favourite mare side-saddle: no doubt a sight with his mop of hair and great grey army coat.

Henri turns the letter on its side, hand and letter trembling. He stares at the table and has no need for the reading glasses that poke from his pocket. He clears his throat and sniffs. “As you see, my friend, my French has improved little, but I try. So, here I am writing in the final hope there will somehow be an answer.” The breath seems to catch in Henri’s chest.

There’s silence and I wait until Henri finally looks up. He remembers those WW2 war years: the owls at night, the distant artillery, the smell of horses in the barn; their steaming backs after washdown, the bags of chaff, the wet turf after a summer shower, shaded forest paths. He remembers his father’s erratic drinking and the horror stories of WW1: the blood and the bodies, waving red poppies in churned fields of mud. He remembers his mother’s favourite tortoiseshell comb in those streaks of auburn-grey hair, the lavender smell of her alabaster skin, fresh-baked bread on a cold winter’s day.

The letter is on the table, Henri’s eyes empty once more. These days he passes the time juggling jigsaws, mostly pictures of Spandau and Picardy, but never seems to finish one. He rolls his eyes and shrugs. “Oui, there is always the piece that is missing.” 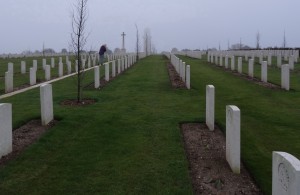